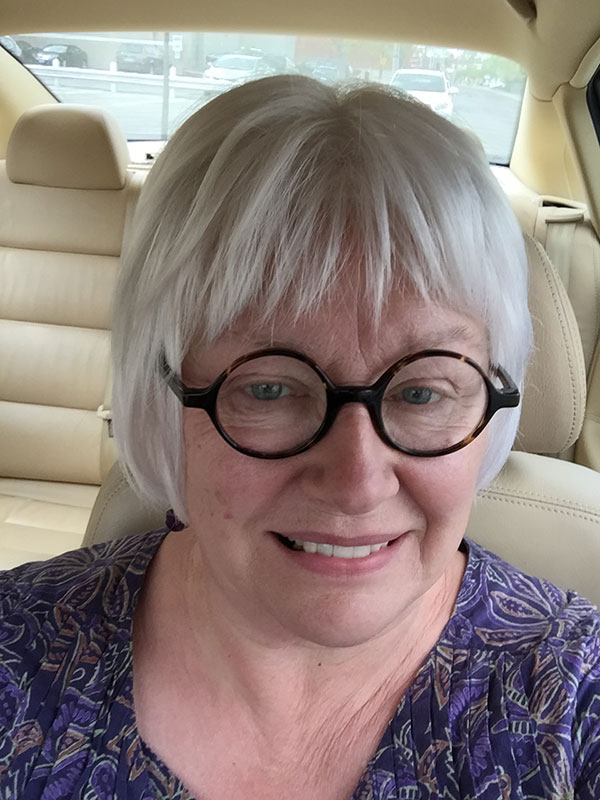 Gillian was born in England in 1954. Her father was in the Royal Air Force which meant that the family moved every two or three years, traveling all over England and also in Europe. Before the age of eleven, she went to five different schools and she quickly discovered that a good book was a useful thing to have until you settled in and made new friends. The pace slowed down once she became a teenager and she only went to two high schools. Although there is a family story that she announced her intention to be a writer when she was only five, Gillian’s intended career changed constantly throughout her childhood and teenage years and was normally influenced by whatever she had just read.

By the time she was sixteen, she narrowed it down to two possible careers – an archaeologist (she still has a passion for Vikings) or an English teacher.

Before training as a teacher, Gillian had a variety of jobs which included working in stores, in banks, and in restaurants, all of which have provided material for her writing. In 1976, she started teacher training, graduating with a degree in English and Education in 1980. In her last year of university, Gillian worked as a bar tender which was useful in two ways: first of all, she made enough money to live on; and, secondly, she met her husband, Henry Chan whom she married in 1982.

Gillian taught English for ten years in high schools and then came to live in Canada in 1990, settling in Dundas, Ontario where she still lives.

Ever since she can remember, Gillian has always written – she has a drawer full of really embarrassing poetry that she wrote when she was a teenager – but never thought about getting her work published until 1991 when she took a course on writing short stories. One story, about a boy who watches a bully pick on another kid, caught people’s attention with people wanting to know about some of the other characters. This gave Gillian the idea of writing a series of linked stories in which the same characters kept appearing. These short stories became Golden Girl and Other Stories which was published by Kids Can Press in 1994. The sequel to this book, Glory Days and Stories came out in 1996.

Gillian made the switch to novels in 2001 with the publication of The Carved Box an historical fantasy, featuring two of her great loves – Dundas and dogs. A Foreign Field was published in the fall of 2002, a WWII story drawing upon family history. In 2004 Gillian contributed to the very successful Scholastic series Dear Canada with An Ocean Apart – the Gold Mountain Diary of Chin Mei-ling. After two historical novels Gillian made the switch to fantasy and The Turning, which came out in 2005 is about a Canadian boy living in England for a year who is drawn against his will into the world of English legends. When Scholastic published the I Am Canada series – a companion to Dear Canada but with boys as protagonists – Gillian was asked to contribute and this has resulted in two novels. The first A Call to Arms deals with the war of 1812 and a young boy from Ancaster, Sandy MacKay, who wants to fight alongside his father and older brother. Gillian’s most recent book is Defend or Die, the Siege of Hong Kong, 1941 telling the story of Jack Finnigan, a soldier in the Royal Rifles of Canada, who fights to defend Hong Kong and his subsequent imprisonment by the Japanese.